When you are in Iceland you can feel how huge and wonderful is Mother Nature. You can be one with earth, breath pure air. The most stunning for me was the magical night of new year when I stopped on the road like maybe about ten persons to admired the fireworks and guess what……? after this priceless moment trough the dark arise a sweet aurora borealis starting in the sky …..you can’t imagine my surprise and my hapiness​​. 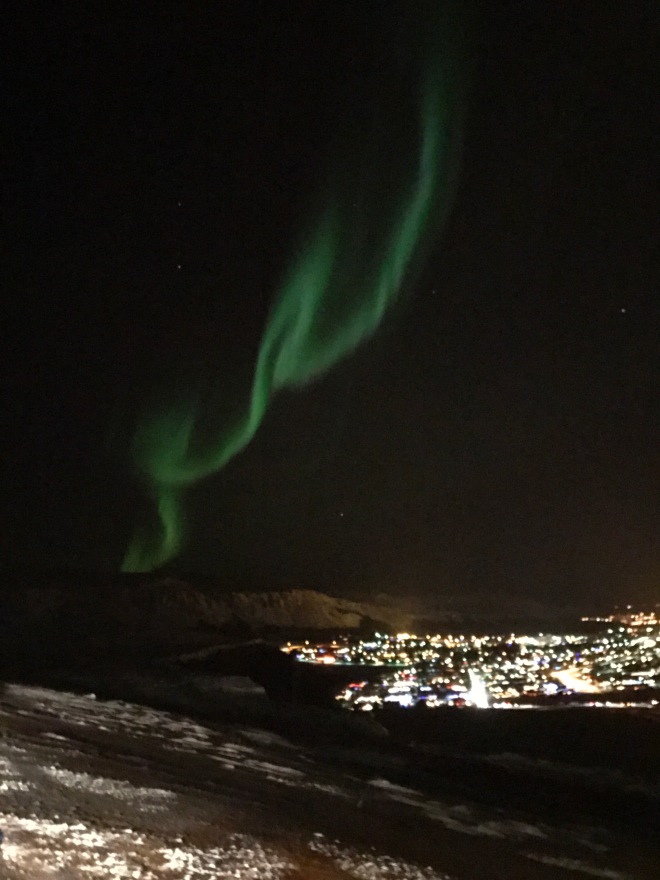 I was like a child with shiny eyes…. this lightly green creat mouvement grow up .

An aurora, sometimes referred to as a polar lights or northern lights, is a natural light display in the sky, predominantly seen in the high latitude (Arctic and Antarctic) regions. Auroras are produced when the magnetosphere is sufficiently disturbed by the solar wind that the trajectories of charged particles in both solar wind and magnetospheric plasma, mainly in the form of electrons and protons, precipitate them into the upper atmosphere (thermosphere/exosphere), where their energy is lost. The resulting ionization and excitation of atmospheric constituents emits light of varying color and complexity.

​
It was a perfect day, because juste before this amazing present of nature, it was the first time of my life I was under a glacier and near a ice lagoon. ​ 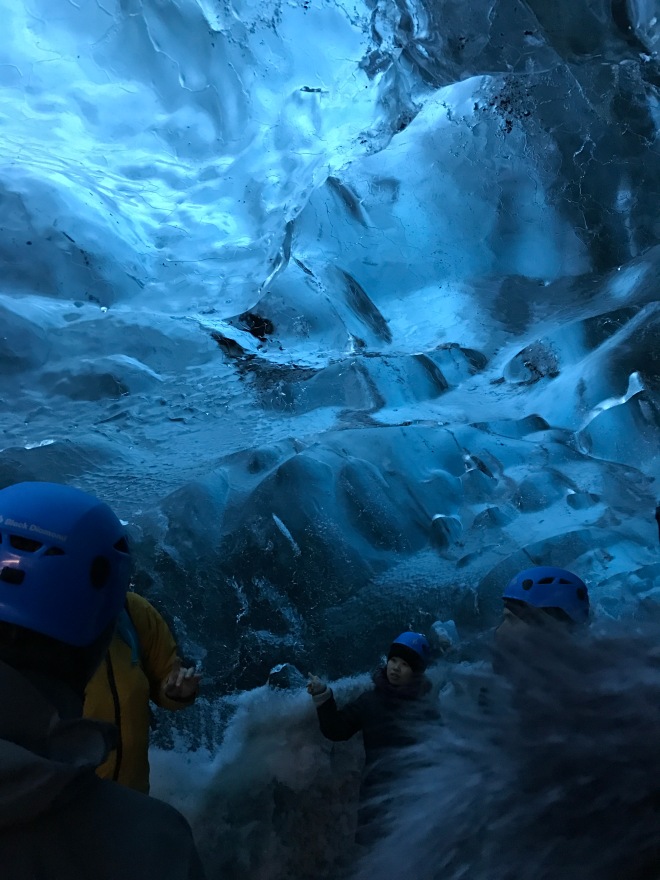 You have to know that Jokulsarlon glacier lagoon is the best known and the largest of a number of glacial lakes in Iceland. It is situated at the south end of the glacier of Vatnajokull between the Skaftafell preservation area in Vatnajokull National Park and Hofn. A quite difficult to pronounce I try maybe ten times before said the right name. I was very proud been here because of the wonder of course… then I want to know where was filmed the last movie fast and furious it was exactly here and many other movies like interstellar, batman begin, James Bond, game of thrones……then the very  nice road with spectacular landscapes but noticed you need about 5 hours drive on way from Keflavík, that very fast no ? I think the best way to enjoy this place to be comfy is to stay near this area after the ice cave tour or other glacier experience.